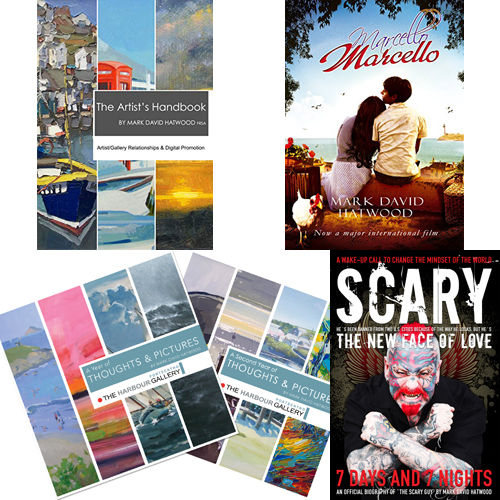 Mark has written both fiction and non-fiction books since 2002. After completing his first screenplay, Marcello Marcello, that year, Mark sat down and within 10 days, had turned it into a novel, Marcello’s Date.

The manuscript sold within 24 hours and has since been released worldwide under many languages. 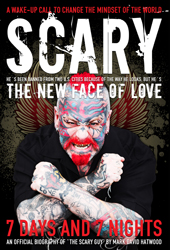 In 2006 Mark was commissioned to write Nobel nominated elimination of hate guru, The Scary Guy. The resulting book, 7 Days & 7 Nights has been used in conjunction with his workshops throughout the world. 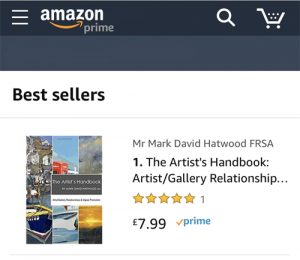 Mark has written two inspirational books for his gallery entitled A Year of Thoughts and Pictures 1 & 2 and more recently, in 2019 he pen his first business-of-art book, The Artist’s Handbook, which outlines Artist & Gallery relationships in the digital age and gives artists and galleries alike insight into just how Mark achieved such success in both the digital and physical arena of selling art. The book became a bestseller on Amazon and continues to receive rave reviews from its readers.